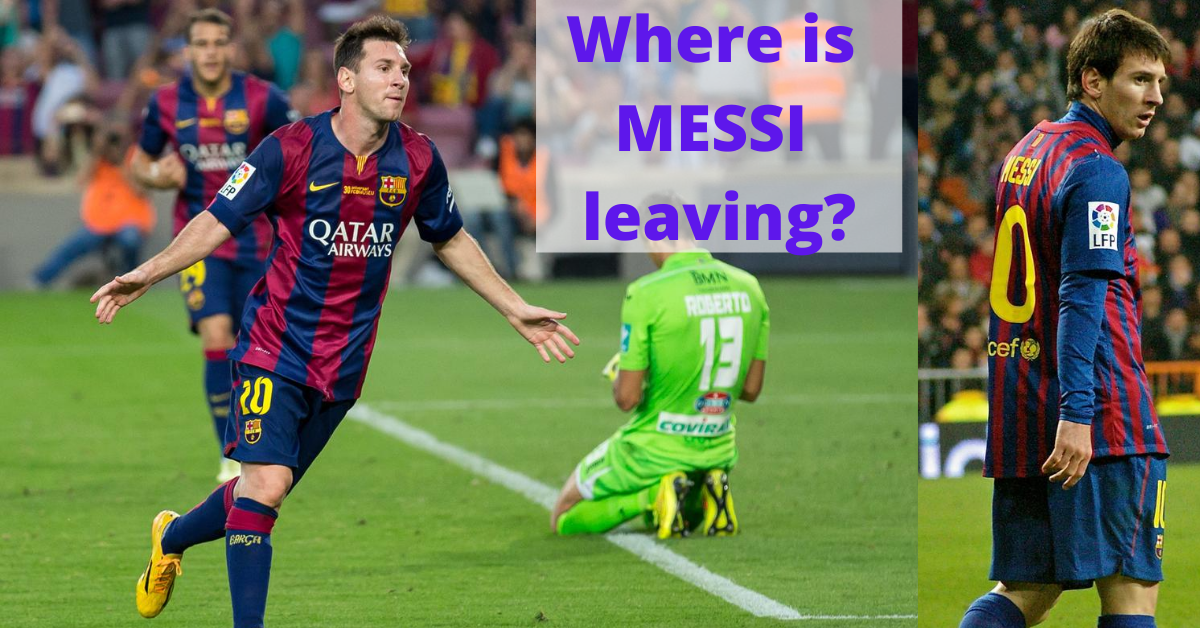 I never thought I would see this happening.

Where do you think Messi will go?

I feel Manchester City is a good option. Write your choice below in the comments.

Latest update, from the Athletic:

Lionel Messi has asked to leave Barcelona after nearly two decades at the club, and sources close to the six-time Ballon d’Or winner say he has been in contact with Pep Guardiola and would be keen on a move to Manchester City.

City have strongly distanced themselves from a move for the 33-year-old, while Barcelona replied to Messi’s fax outlining his desire to leave by saying they expect him to finish his career at the Nou Camp.

Also, City would only be interested if there is no clause to be paid (which is EUR700M for Messi).

After dozens of titles, hundreds of goals and countless records, Lionel Messi’s spectacular career at Barcelona could be coming to an abrupt end.

The divorce may turn ugly, too.

Messi told Barcelona on Tuesday that he wants to leave after nearly two decades at the club, having grown unhappy after a trophy-less season ended with a humiliating loss to Bayern Munich in the Champions League.

Barcelona confirmed to The Associated Press that Messi sent the club a document expressing his desire to leave. But the club hinted that a legal battle could be coming and said it won’t automatically grant the Argentina great his wishes.

Anyway, I’m adding here all the interesting things that pop up about the news (latest below):

The urgent meeting of the board of directors is over. Some directors have already resigned, while others have proposed a motion of no confidence against Bartomeu. [ @GerGarciaGrova ]

You know perfectly well that if the Catalans could go to the Stadium, the whole field would be a cry: Bartomeu is already folding!

You haven’t even been able to guard the best of history, a homemade myth.

That is why we insist: Bartomeu resigns and elections as soon as possible! In case Bartomeu still doesn’t listen, @sialfutur will actively support the censure motion already underway

[Tyc Sports] Lionel Messi has told Barcelona that he wants to leave. He would make use of the clause in his contract that allows him to terminate his contract unilaterally at the end of each season.