I don’t know if I can believe this, but if it’s true it’s big: Messi was offered a big contract with Manchester City. The total value of the contract, over 5 years, is €700,000,000 (yes, that’s 8 zeros, or €0.8 BILLION). What’s even more interesting is that the contract apparently includes shares in the City Football Group, the company that owns Manchester City, New York City FC in the MLS and other clubs in Australia, Australia, India, Japan, Spain, Uruguay, China and Belgium.

I mean, this is huge. And, following Beckham deal in the MLS, deal that allowed the English player to start the Inter Miami franchise, I don’t know of any deal that includes shares for a football player.

According to a source familiar with the negotiations, Messi has been offered an equity stake in CFG as part of his compensation package.

However, there are complications involved in the valuation of shares in a sports company that City stated was worth a heady $4.8billion upon announcing a $500m equity investment from a US tech company last year. The Argentina international may ultimately prefer to be remunerated in cash.

The only sources I have for this are a tweet (below) and Daily Record. 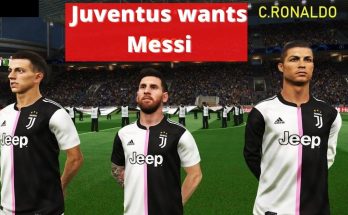